DOWNWARDLY MOBILE Travels with Mavis
Proceeds from the sale of every copy sold of Downwardly Mobile go to South Street Studios in Ipswich, Suffolk, in memory of Owen Williams. 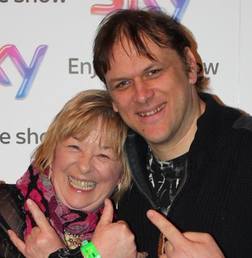 Ro and Owen Williams
Owen Williams was Alison’s cousin and was taken from us suddenly in July 2014 at the age of just 39. Alison told me that Owen’s passing was one of the reasons that her and Ray decided to change their lifestyle so dramatically and to live their dreams. In recognition of this they wanted to do something that could, in some small way, honour his memory. Owen was a DJ and he was beginning to build his profile on community radio and at clubs in East Anglia. I am delighted therefore that the proceeds from every copy of Downwardly Mobile sold raises money to help budding DJs at South Street Studios in Ipswich in his memory.  The studios are a not-for-profit organisation and their target audience is people with special needs, young carers, young offenders and other hard-to-reach groups.
Ro Williams, Owen's mother. 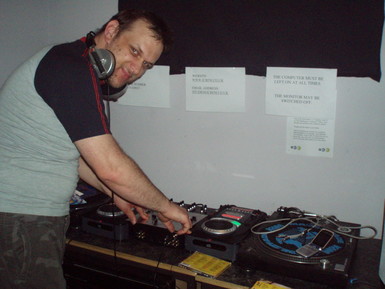 Owen was very much at the centre of our family gatherings.  He was always active, skidding around on bikes and go-karts as a child, and on our more recent camping trips he was the first one up to play rounders and volleyball.  It was always Owen who put the kettle on to make a cup of tea and he cooked up a mighty fine breakfast.  He was a mine of information, full of facts and figures that would leave your head spinning, but his first love was music, particularly DJ-ing.  He relished every moment of being behind the decks playing music for others to enjoy; from his Mum’s 60th, his sister and Dad’s combined 100th, my brother’s wedding and my 40th birthday bash, to performing on community radio with his own show, and a regular slot at a local nightclub. There is one particular memory of him that never fails to bring a smile; Owen at a Karaoke night performing from memory the song Ice Ice Baby, to rapturous applause.
What I remember most about Owen though is how, on arrival at a party, a camping trip or a family event, he would wrap his arms around me and give me the most enormous bear-hug.  It still feels unreal that he’s gone and there will always be an Owen-shaped hole at our gatherings that leaves me constantly waiting for him to arrive. It therefore feels right to keep his memory alive by using proceeds from the book to go towards helping budding DJs develop their skills at South Street Studios.  I hope that they get as much joy from it as Owen did.  Thanks for the music and the memories Owen.
Alison Canham 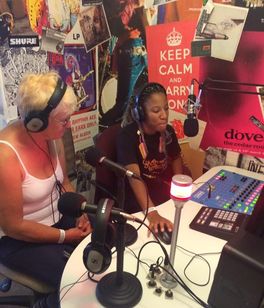 South Street Studios is a multimedia community hub catering for people from all walks of life delivering new experiences. Housed at South Street Studios, The Smokehouse is Ipswich's newest purpose built venue to increase the development and engagement of the arts within the area and the greater Eastern region; promoting a social change to improve access to the arts for all. A versatile high specification space, The Smokehouse accommodates a broad array of events; live music, dance, multimedia workshops, wellbeing classes, research and development projects, rehearsals, clubs, business meetings and private functions.